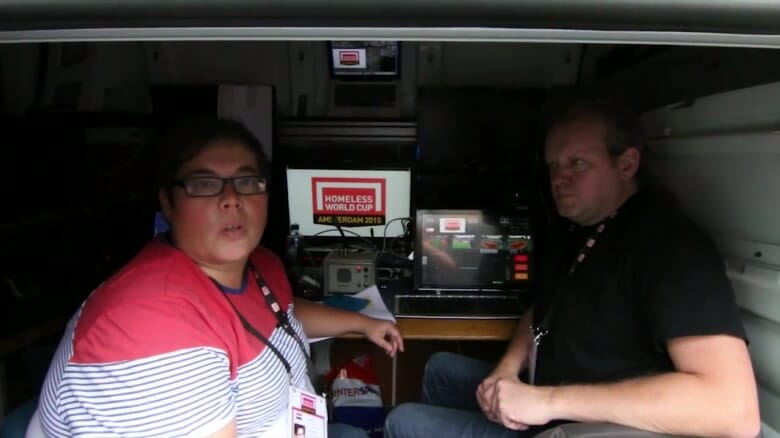 A behind the scenes video about the live coverage of the week-long world-wide event in Amsterdam, Netherlands, produced in collaboration of DutchView and Southfields production companies using the Streamstar CASE, portable live production, streaming studio. The live stream was distributed world-wide by EverSport in the USA.

Opened by the king Willem-Alexander of the Netherlands and supported by the presence of celebrities like the movie star Colin Farrell the Homeless World Cup is a unique, pioneering social movement which uses football to inspire homeless people to change their lives.

The producers Maarten Verstraate and Wendy Hendrix give a testimony about using Streamstar.