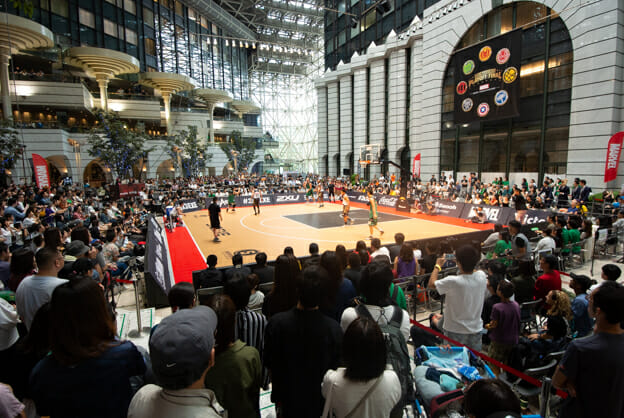 In Japan, the world’s first 3 × 3 professional league “3 × 3.EXE PREMIER” started in 2014, and in 2017, the Board of Directors of the International Olympic Committee decided that it will be an official sport at the 2020 Tokyo Olympics. 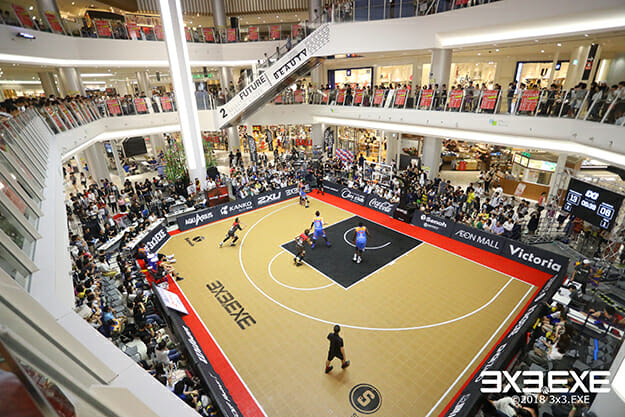 Streamstar was adopted as the official live production and streaming equipment for the league.

More than 380,000 people watched the 2017 season of 3 × 3.EXE PREMIER league which is now a major sport both in Japan and overseas. In 2018, the 3 × 3.EXE PREMIER season official games were held from June to September with 36 participating teams. Every weekend from June to September, games were played in up to 4 locations all over Japan at the same time. All the matches were broadcast live over the Internet using Streamstar live production systems, which were adopted as the official distribution equipment for the league. 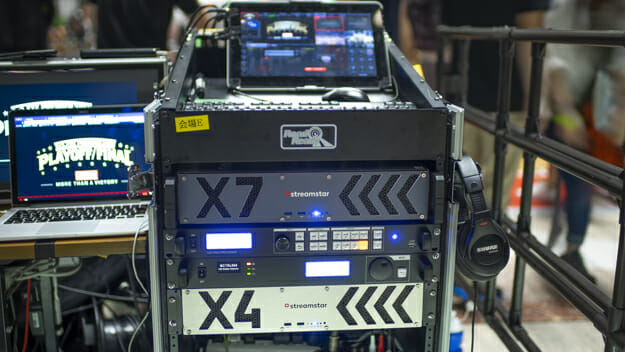 “Streamstar is very easy to operate using the touch panel switching sources and replays. Even people who are not quite familiar with live streaming can operate it. We were able to deliver smooth and beautiful coverage, and it was highly evaluated that we could display great replays and the score in the distribution video with PIP. The video quality was excellent and the systems are running stable which is an absolute requirement for a professional league. We were extremely pleased and decided to adopt Streamstar as the official distribution equipment for the entire league. The teams and the fans were very satisfied. In addition, 3×3.EXE PREMIER live broadcasts are being watched all over the world. In particular, the 3 × 3 basket is held in photogenic places in the city, so I think that it appeals to 3 × 3 fans around the world to see interesting places in Japan.” 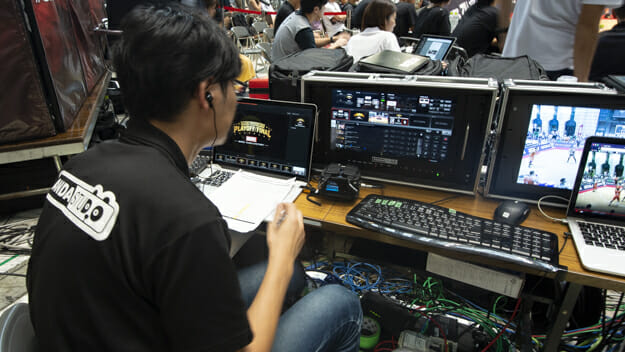 “Streamstar’s touch panel is a marvellous feature. For example, using a TriCaster is very cumbersome, this screen is switch 1 and that screen is switch 2, and it can be very frustrating, but using Streamstar it’s completely natural – you go by your feeling and choose what you see just touching the screen while watching. It is easy to understand and very quick. So, if you are not trained, it will be difficult to take a TriCaster to the site. Even if you don’t remember everything with Streamstar, you can figure it out immediately. If you are going to start live streaming, I definitely recommend Streamstar.

A huge point for Streamstar are also its replays. Streamstar can capture replays instantly and make them available in a split second with simple operations in a compact space.
Using a TriCaster for example, you need to prepare 3Play and TriCaster separately. You need a separate operator for the 3Play, plus a lot of space on the table for all those operation panels.

Streamstar’s replay feature allows instant replay switching by a single operator. Capture all replays at the same time with a single touch, and replay any angle of any camera instantly. Streamstar employs a back-timing system – from the point when you press Replay, which makes thing s much faster. The time to go back can be preset as needed and 3 different durations can be setup.” 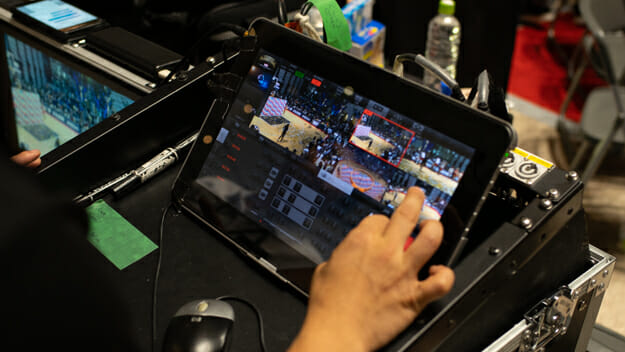 Mr. Yamada – who tested the replay function of Streamstar stated as follows.

“I think the greatest advantages of Streamstar are that it saves on human resources, makes the production much faster as well as a lot more cost effective. The basketball game is very fast, and the 3×3 is even faster than the regular basketball. In this 3×3 relay, having a fast reacting system is very beneficial, so replays could be used far more efficiently than with any other system.” 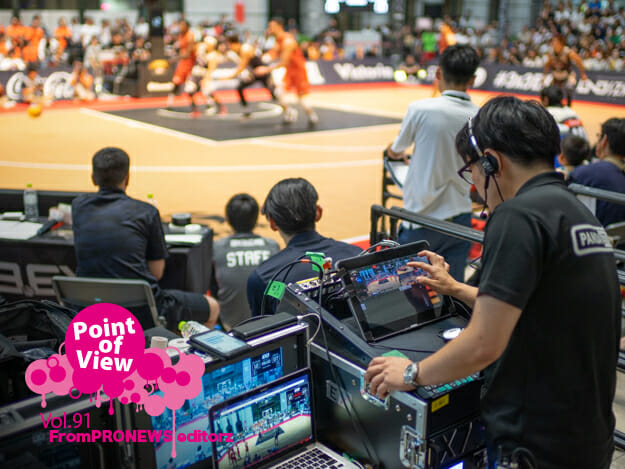 “Streamstar replays and slow motion system is very intuitive. You can speed-up the replay playback, slow it down or freeze a frame as you want.
Although there is nothing complicated in 3×3 distribution, it is difficult to do in 3Play by switching between 1, 2, and 3 turtles in one scene in real time. Streamstar makes it easy and it can switch cameras from various angles at the same time. I think that is the merit for sports broadcasts.
In addition, a great advantage of Streamstar is that it can be operated with only the touch panel and the main body without having to carry something like a huge control panel. Also the software application is very stable which gives us great confidence.”

“Streamstar is perfect for any fast-pace sports like baseball or softball as the reaction time is much shorter that with any other system. We have a track record of introducing Streamstar at several sites such as softball, and I think that Streamstar is the best all-in-one switching and replay system that actually delivers what it claims.”